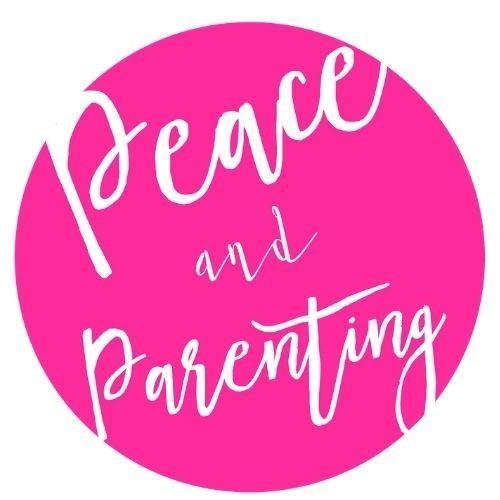 How Do I Get My Kids to Listen to Me? 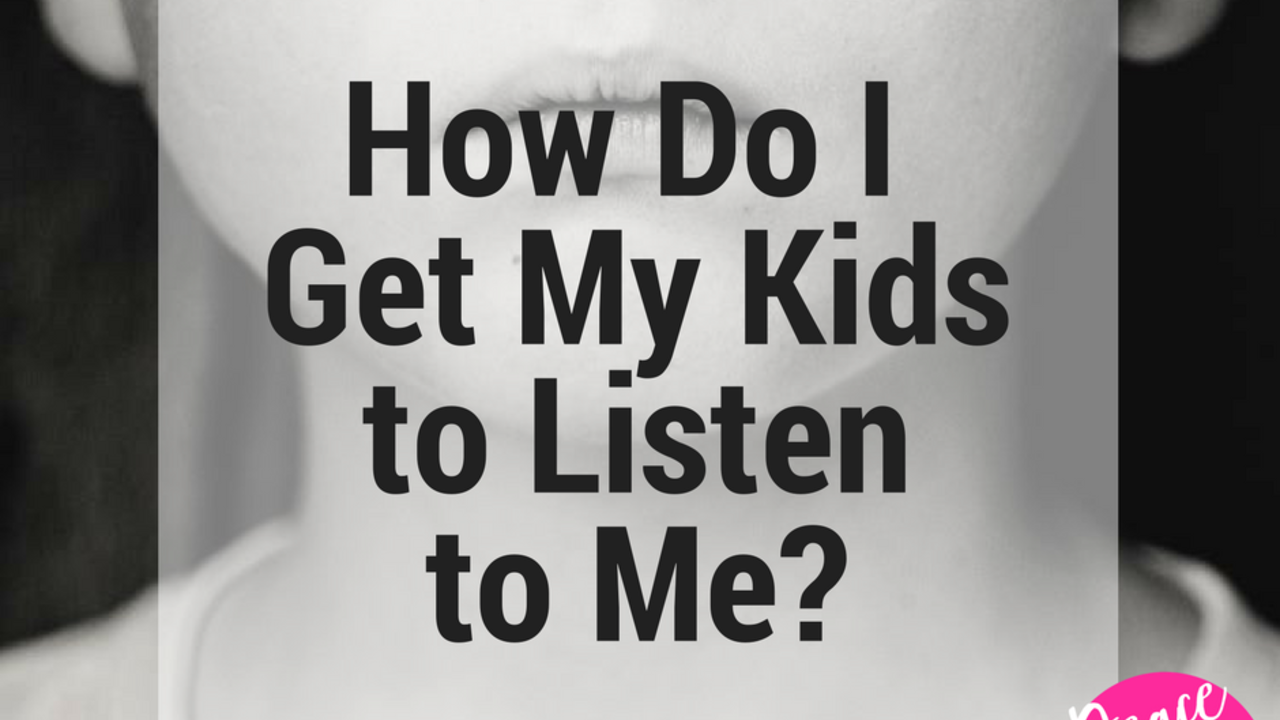 This is the most common question I receive from parents, and it's extremely frustrating when I encounter this issue with my daughters. Defiance is the kind of thing that will bring you to your knees. It’s debilitating, embarrassing and mind-boggling all at the same time.

I remember the first time Esme defied me. She was 2, and we were at the door getting ready to leave. I asked her to put on her shoes (nicely, I might add). She refused, threw her shoe down the hall hitting the wall and a hanging photo. I lost my mind, I couldn’t believe the daughter I had breastfed for two years, never let out of my sight, co-slept with and did everything you were “supposed” to do to be an attached parent…refused to do as I asked. I was married to the idea that if I responded to my daughter’s needs and spent all of my time with her, she would grow up happy and obedient. I was sadly and sorely mistaken. After asking her several times to put her shoes on, I lost it. I yelled, no I screamed at her and scared her and me. Afterward, I was so ashamed, embarrassed and depressed because I knew better. I was better and I wanted more for the life I was to share with this sweet girl. But, somehow the yells that came from my mouth were so automatic as if they'd been lying dormant just waiting to surface.

This was my true parenting when push came to shove, so when things got heated, so did I, just like my parents. I wanted to be nothing like them when they were angry. I wanted to be calm and relaxed, but I wasn’t, and now I know why they couldn’t maintain their cool either. IT IS SO DIFFICULT!  How can we possibly remain calm when we don't have a good role model? It's too foreign.

So there is where it began. I started reading everything I could get my hands on. Books on logical consequences, positive reinforcement, counting, threats, bribes and everything in-between. I even reverted to what I learned in my teacher credentialing program—star charts, rewards systems, and timeout.  All of which worked for short spurts, but nothing seemed to get the desired behaviors and each left me feeling awful. One because they created distance between Esme and me, and two,…when things got crazy, and at the end of each of my stints with the discipline of the week, I would resort to yelling and shaming. Worse yet, it was my secret. I couldn’t or didn’t want to admit to yelling at my sweet daughter, so I held it in and kept it from everyone around me, isolating me further into my bad behavior. In the midst of this chaos, I got pregnant and had another baby which created an even greater distance and divide between Esme and me.

There was no way I could focus on one child let alone two. I was so busy bonding and breastfeeding Pia that poor Esme was shoved off to her grandfather, dad, and preschool. I was terrified to be alone in the house with them and would avoid it at all costs. The upsets and defiance were too much for me, and I couldn’t handle it. It was as if everything was an emergency. As time went on the girls began to fight, making things worse. I was a mess, and my daughters were unhappy. Bedtime and morning were the worst, and I couldn’t wait for Esme to go to preschool each day as it was the only time I felt I could breathe. I was barely getting by emotionally and couldn’t admit it to anyone around me.

Esme’s defiance and the sibling rivalry hit a fever pitch as she entered kindergarten. I was yelling, reprimanding and shaming as a way to get her to comply, but her defiance was out of control. Everything was a fight and a negotiation. I had to bribe her with TV shows to get her to brush her teeth, dessert to get her to eat dinner and threaten her with a timeout to get anything else I needed or wanted her to do. It was a mess, all of it. She was strong-willed and highly sensitive, and I hadn’t a clue how to parent her. Moreover, she began threatening and bribing her friends, me and her sister. I was really starting to worry she would never have normal relationships in her future.

I finally found Hand in Hand Parenting and things began to make sense to me. I realized that by using daily Special TIme, I could build in connection. By doing away with manipulations (threats, shame, bribes, and timeouts), I discontinued damaging our relationship. Using playfulness to come to sticky situations I could lessen the intensity of our struggles. By having empathy for her feelings instead of trying to make her shove them or talk them away, she felt heard and more connected to me. Regulating my own emotions and reactions as not to frighten and ignite her kept us connected and calm. With all of this, I finally forged a relationship with my daughter. The kind I wanted…where we mutually cared about each other. She began to be compliant, saying yes without bribes to toothbrushing and dressing in the morning. Her relationship with her sister improved, and we were more harmonious. Was it perfect? NO WAY!  Did it take time and commitment and dedication? HELL YES! But, I wouldn’t change a thing. Those first few months figuring out how to “do” all this with the help of a coach were some of the hardest months of my life, but the best. I became a better person, and my parenting was actually decent. We moved through upsets more quickly and with less drama. Is my daughter still strong-willed and sensitive? ABSOLUTELY. Her temperament will probably not change, but she is compliant 90% of the time. Only because I found ways to change and become a calmer and more connected mom, and I work on it every day.

When parents ask me how to get kids to be compliant, I try to tell them to get more connected. Sometimes it doesn’t make sense, but that is exactly what I mean, and it works. There is no 1-2-3 Magic or special punishment that will give you miraculous results. It's devotion to a relationship and understanding not only your child's behaviors but their emotions as well, all while regulating your own emotions. If you work on and cultivate this connection, it will pay tenfold in dividends. Do not underestimate the power of connection. 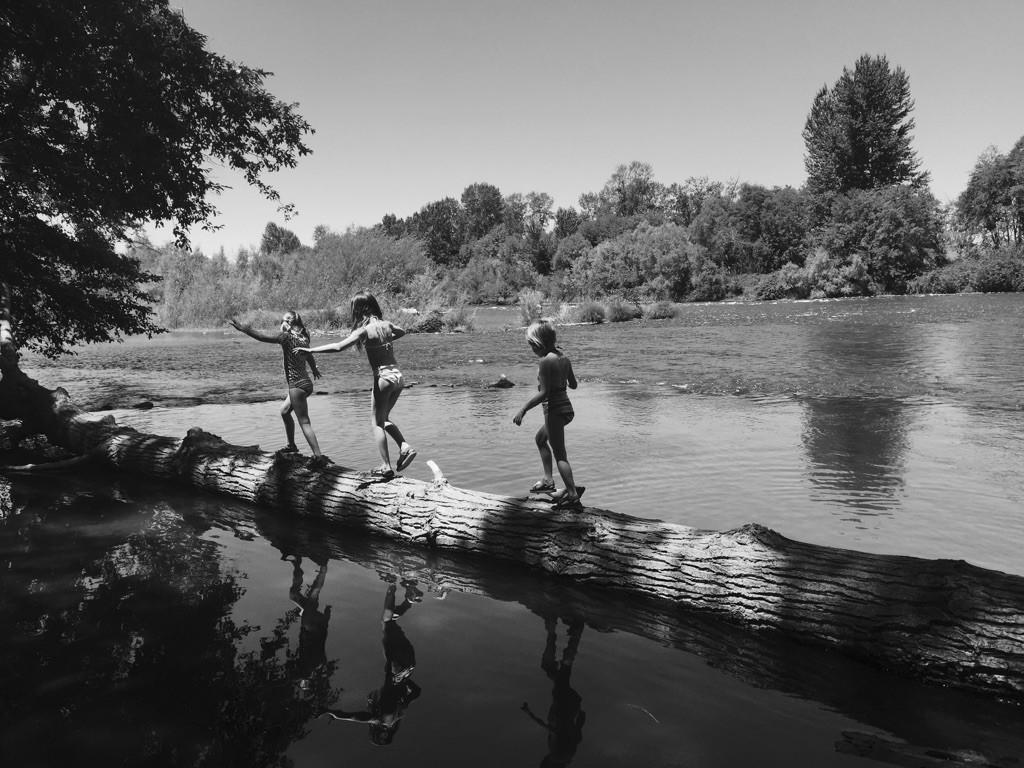